Project for the extension of the headquarters of WHO (World Health Organization) in Geneva, Switzerland.

The extension proposed for the WHO building takes the layout formerly imagined by Bernard Tschumi for a future annex during his competition project.
A bar-shaped volume perpendicular to the main building, oriented South-West Northeast.

The desire to insert the most compact volume possible, leaving a space of clearance between him and the BP (main building) to not completely block the visuals from the plot 406 as well as visuals from the BP to the lake and the rest of the WHO website.
The vitreous skin will seek to interact with the appearance of the WHO / UNAIDS building and not to compete with the strong expression of the facade of BP with its metallic sun breeze and darkening blinds.

This glazed volume is based on a base that seeks continuity with the existing and communicates on one level the BP and the new extension. This continuity extends to the north-east of BP by creating a new green square that allows service access as well as an alternative access space to the extension. 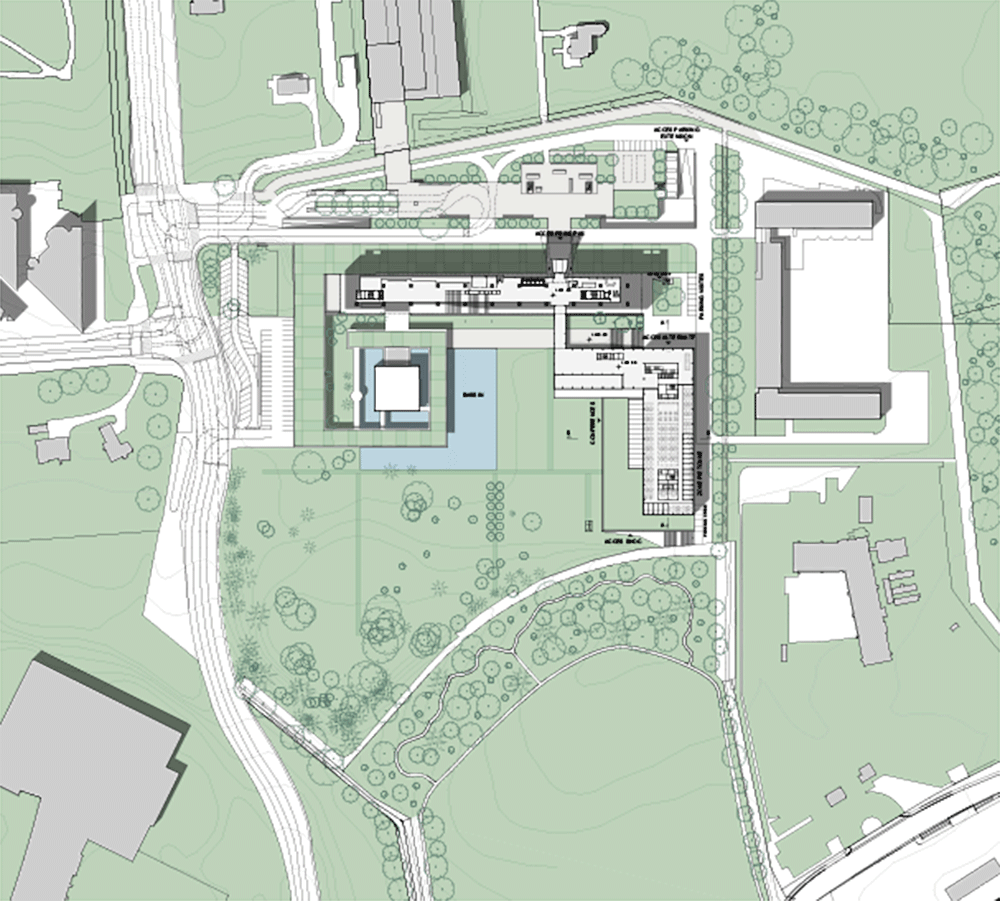 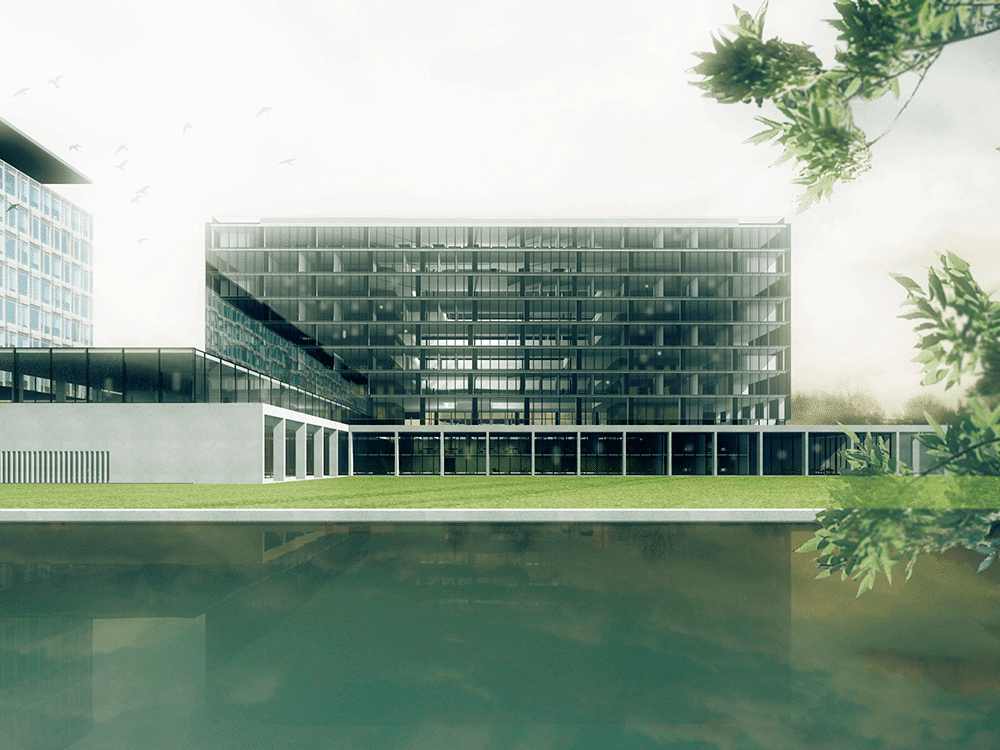 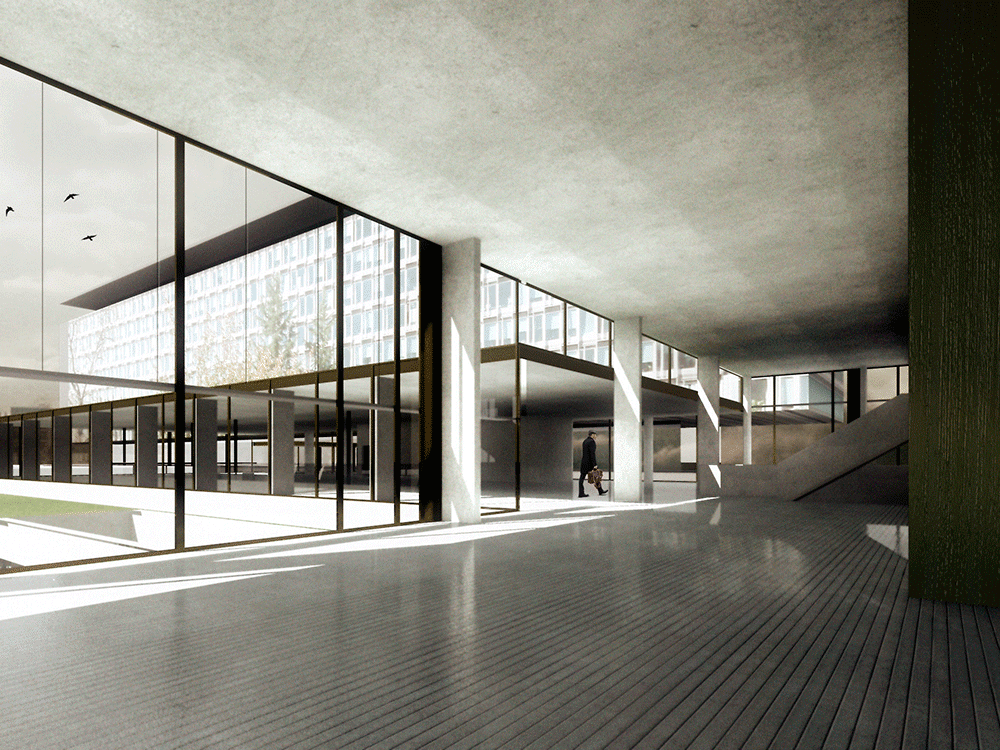